Umbria: The Green Heart of Italy 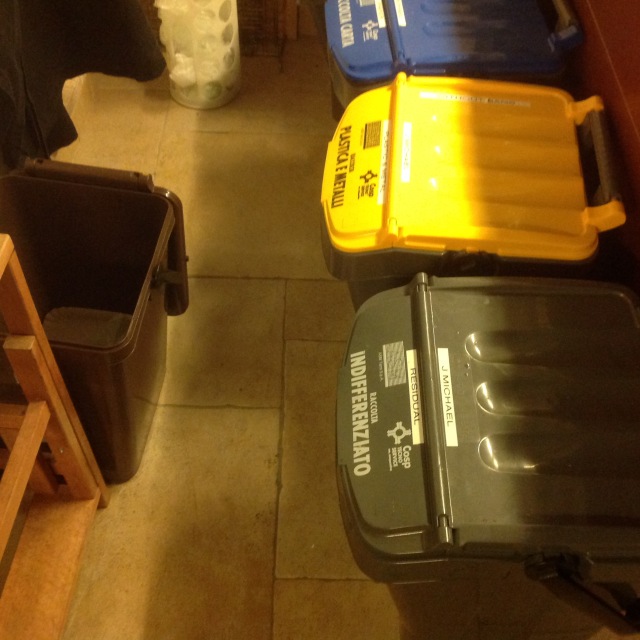 Umbria is the green heart of Italy in two different senses, much the same way that Oregon is green.

First, the landscape is stunningly green.  Yesterday, Michael and I drove back up into Tuscany and we were struck by the difference in the landscapes of the two areas.  Both are stunning and they are similar, but Tuscany is the land of “terra bruciata di Siena,” burnt Siena, and Umbria is, well, green.

Second, and of more importance to this post, Umbria is green in an environmental/recycling sense.  Perhaps the rest of Italy is as well but I haven’t been to the rest of Italy, so, I confine myself to observations made here in Umbria.

Since we were here in 2012, the garbage disposal system has become much more complex.  In our host’s kitchen, there are now five recycling containers:  Organic, glass, paper, plastic and metal, and residual.  There is a schedule on the refrigerator that sets out what gets put outside each day.  Organic is collected three days a week, all the others only once.  Garbage is collected six days a week (garbage men, like God, rest on the seventh day).

We believed we were negotiating the system quite well . . . until last Thursday.  According to the schedule, Thursday is the day to put two bins out:  Organic and glass. Michael dutifully took them down late Wednesday evening.  Michael dutifully went down Thursday morning to retrieve the empty bins.  But, just as at home when you overfill your bin or do something stupid, there was a note tucked into the still full glass bin.

It informed us in red highlighted language that “this refuse was not collected because of an error in” something for which I cannot find a sensible translation.  But the notice told us that we failed to conform in that we made an error in the day of the whatever the word means.  We think it means we put the bin out on the wrong day.  We called our host and asked him for guidance.  He told us that the notice on the fridge is the latest one but that sometimes “they” just change days without apparent reason.

All I can say is that we are going to have to begin stashing a couple of wine bottles in our day bags each time we go out to deposit in municipal bins because our domestic bin is becoming an embarrassment. 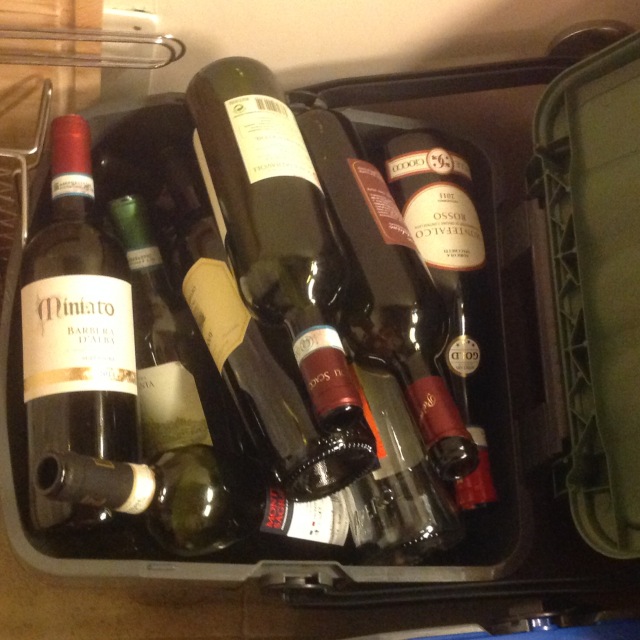 This entry was posted in Travel and tagged Environment, Italy 2016. Bookmark the permalink.